The first Carmelites came as pilgrims to Mount Carmel to live a life of prayer and penance. They may have been Crusaders who wanted to live out their lives in Palestine. They adopted a solitary life-style on Mount Carmel near a spring called Elijah's Fountain. 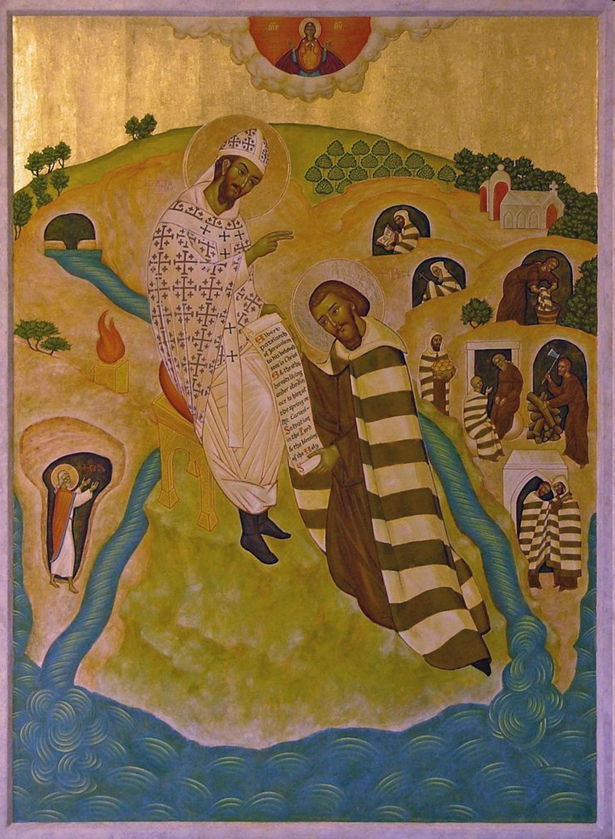 The Beginnings of a Communal Way of Life

The first Carmelites came as pilgrims to Mount Carmel to live a life of prayer and penance. They may have been Crusaders who wanted to live out their lives in Palestine. They adopted a solitary life-style on Mount Carmel near a spring called Elijah's Fountain.

These early hermits were mostly laity (that is, they were not monks or canons) who lived an unofficial religious life of Gospel poverty, penance and prayer as a way of following Christ. They sought to return the church from pomp, wealth and power to apostolic simplicity and holiness. They were given a way of life which we follow to this day.

Between 1206 and 1214, St. Albert, Patriarch of Jerusalem, brought the hermits on Mount Carmel together, at their request, into community. He wrote them a letter, a formula for living, which expressed their own intention and reflected the spirit of the pilgrimage to the Holy Land and of the early community of Jerusalem. He asked them to provide the structures of a life in communion, to elect one of the brothers as prior and to build a chapel so that the Eucharist could be celebrated daily. 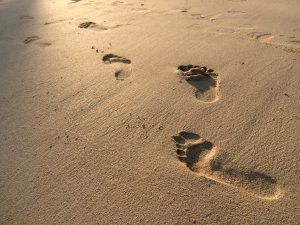 From the 1230’s the situation in the Holy Land became more precarious for Westerners. Some of the hermits sought refuge in Europe. They made foundations and began to adapt their life to this new setting.

In 1247, Pope Innocent IV approved the way of life written by Albert of Jerusalem as the Carmelite Rule modifying it to suit their new situation. This is the Rule which all Carmelites observe to this day. They were recognized as religious and placed themselves at the service of the Church as one of the orders of mendicant friars. [The term mendicant (from the Latin mendicans, begging) refers to a way of life that relies on the charity of others. Friar means brother.]

The Rule is brief and very scriptural. It is an exhortation to a life of allegiance to Jesus Christ, through pondering the law of the Lord by day and night and being clothed in spiritual armour while living in fraternal communion united in the daily celebration of the Eucharist. It is a life of silent work and penance, rooted in faith, hope and love, where God's will is discerned through dialogue and the Prior's service to his brothers.

As a result of becoming mendicant friars most Carmelites were ordained for priestly ministry. Their houses, with large public churches attached, were usually found in cities. Since they were the Brothers of the Blessed Virgin of Mount Carmel they considered themselves to be members of Mary’s Order and wore a white cloak in her honour and were known as the white friars.

In 1452 the horizons of the Order were broadened when the reforming Prior General, Blessed John Soreth, obtained permission from the Pope for the establishment of convents of Carmelite nuns and for the Order to accept laity as members of the Third Order. So, after 250 years the Carmelite Order began to welcome women members. 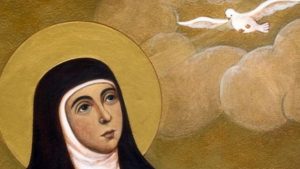 In August 1562 Saint Teresa founded a new style of Carmelite community in Ávila, Spain. It was to become the first of a new Order: the Discalced Carmelites. [The term 'discalced' means 'barefoot' and comes from the practice of wearing sandals.]

Teresa tells us she founded her community so that women could contribute to the life of the Church which, at the time, was being torn apart by the Reformation. The nuns were to dedicate their contemplative lives of prayer and friendship with Christ for the unity and holiness of the Church.

Teresa was critical of the society of her day which was obsessed with honour and rivalry. She wanted a world where people were humbly and authentically themselves, where all were equal. When Teresa began her career as founder she gave up her aristocratic name and became simply Teresa of Jesus. For her to know who she was it was enough to look to her relationship with Jesus. Teresa was also critical that in the Church of her day there was suspicion of women and a refusal to accept their gifts in public roles.

So she founded a small, close community of equals whose liturgies were simple so that there was time for intimate, contemplative prayer.
The community was enclosed so that the sisters would not be distracted by trivialities and would be free from interference in their spiritual lives. The sisters were called to be friends with one another and with Christ. For Teresa the holier the nuns were the more joyful and sociable they would be. The community style was simple and austere but truly joyous and humane.

Teresa's writings
Teresa was a delightful, charming and witty woman as any who has read her writings will tell you. Her personality comes alive as if she were speaking to you today. She became a writer so as to give an account of  herself when her spirit was called into question. The result is The Book of her Life. She then continued writing to provide guidance for her Carmelite sisters and many others as many spiritual books in the vernacular (the native language) had been banned by the Inquisition. Her masterpiece is the Interior Castle. This classic of Christian spirituality tells of the beauty which dwells at the centre of each person where Christ is. The spiritual journey is to union with Christ in one’s centre.

New foundations
When Teresa heard of the millions in Latin America who had not heard the Gospel her heart went out to the entire world. She wanted to make a contribution to the spread of the Christian faith by founding more communities. In 1567 she received permission to make more foundations of nuns and to begin communities of friars. She wanted the friars to live the same contemplative life as the nuns so they could support and guide them while also being available for apostolic and missionary work.

While making her second foundation in 1567 she met a young, newly ordained friar John of the Cross. He was disillusioned and wanted to leave the Carmelites. Teresa recruited him for her project. By November 1568 she had a property but had only recruited two friars for the first foundation. She took John of the Cross with her for the foundation of the convent in Valladolid so that he could learn from the nuns the balance of the Discalced Carmelite way of life, with its prayer, penance and recreation. The friars began their life together at Duruelo. They lived an intense life of prayer and while joyfully sharing the poverty and isolation of this area they took responsibility for the pastoral care of the people who had been neglected.
A spirituality for all

Teresian spirituality was not meant only for enclosed nuns or friars. Through her conversations she guided many priests and religious to God. Teresa also directed lay people. Her own brother Lorenzo, after his return from Latin America, lived a Carmelite life in his own home under her direction. John of the Cross was a noted spiritual director and had a wide experience of leading many different men and women in the spiritual life. 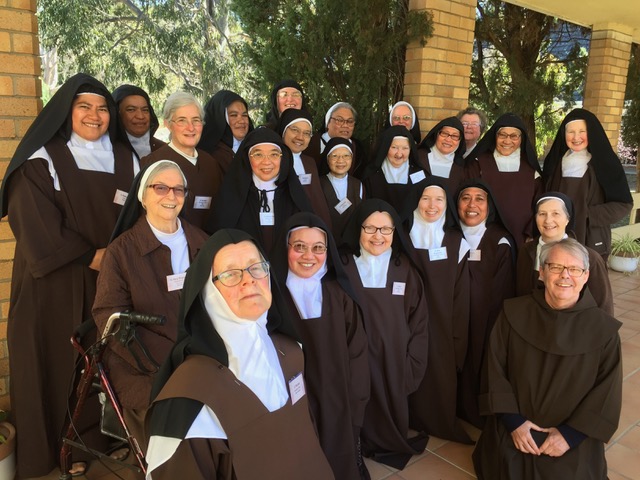 The Teresian Carmelite family has at its heart the Order of Discalced Carmelites made up of friars, nuns and secular members.

The Teresian Carmel has spread throughout the world. The nuns continue to live in contemplative communities in widely different situations and cultures. The friars live the contemplative life but also serve as missionaries and are active in varied ministries but especially those concerned with the spiritual life. The Secular Order members live the Teresian charism in the circumstances of their daily life in the world.

The Teresian Carmel has been especially fruitful with saints and writers on the ways of prayer and the spiritual life who creatively responded to the needs of their time: the most famous are Sts Teresa of Ávila, John of the Cross, Thérèse of Lisieux, and Teresa Benedicta of the Cross (Edith Stein.)

The Carmelite nuns came to Australia from Angouleme in France in 1885. The friars came from Ireland in 1948. There are now over a dozen Carmels throughout the region. The friars have houses in Varroville and St Ives in New South Wales, and Morley in WA. And there are communities of the Secular Order in Australia, New Zealand, Samoa and Tonga. The Carmelite Missionary Sisters, a religious congregation founded by Bl. Francis Palau in 1860, came to Australia in 2004.