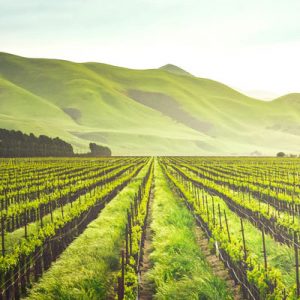 All along the road, our Carmelite superiors have faithfully carried out their mandate to foster Association among the monasteries.

The idea of Association for contemplative communities was first introduced by the Church in Sponsa Christi (1954), taken up by our Carmelite legislation – firstly in 1977 (Declarations) and in our definitive Constitutions which followed (1991). The Synod on Consecrated Life, (1994) strongly challenged contemplative communities to found Associations in their region, in order to foster better communion and mutual help among the various monasteries, without detriment, however to each monastery’s autonomy of government.

After an initial meeting called by our Superior General, Camilo Maccise in 1995, draft Statutes, were drawn up and presented to each monastery of the region for a deliberative vote as to whether or not to join the Association. The result of the vote was that seven out of the eleven monasteries accepted. The Statutes having been approved by the Congregation for Consecrated Life (CICLSAL) on March 31, the Association of Our Lady of the Southern Cross then came to birth at an Inaugural Assembly held at the Carmelite Retreat Centre, Varroville in July 1996. Its gestation had taken 26 years.

A General Assembly, held every three years, elects a Council, (President and three Councillors), to carry out its decisions. It meets annually at a member Monastery. This has given that community a little experience of “Association”, strengthened the sisterly bonds forged at Assemblies and led to a new understanding of unity in diversity among the member-monasteries.

Artistic expressions of the newly fledged Association were not slow in coming – an icon of Mary of the Southern Cross was specially commissioned by Greg Burke ocd, and is always much admired; Sr. Marie Therese’s musical rendition of a Hymn to our Patroness, has become a favoured tribute to Mary, while an Association banner transformed from the Icon, and hand embroidered by Sr. Francis, holds central place at all our meetings.

Over the last ten years, the Association Council looking through the prism of forming contemplative women to live out the Teresian charism in the service of the church in the modern world, has enfleshed the Purposes formulated in the Statutes with Seminars, talks by overseas’ speakers, and Meetings.

The planning of the following Seminars was not carried out directly by the Association, but in collaboration with our Carmelite Brothers and the wider Carmelite family.

The Association newsletter (Southern Cross Encounters) has existed since the beginning under different names, and is now an incentive to share ways of living our Teresian Carmelite life in the context of our times.

History was made in 2003, when, for the first time, delegates for the nuns drawn from the various regions of the world were invited to participate in the General Chapter of the Order held at Avila (Spain). The delegates, with Sr. Jennifer (President of the O.L.S.C. Association), representing the Australian/Oceania region, presented reports on Carmel’s presence in their respective region, thus enshrining the hope of a new relationship between the friars and nuns.

All along the road, our Carmelite superiors have faithfully carried out their mandate to foster Association among the monasteries. An occasional meeting of the Association’s Council with that of the Friars has taken place, when called for, to deal with areas of mutual interest.

The whole story of what the Association of Our Lady of the Southern Cross is destined to become has not yet been written, but will appear as additions to this website unfolds. With Mary‘s intercession, and the help of your prayers, may it become what Mother Church hoped it would – a witness to how contemplative life, fully alive at the service of the church, can draw all humanity into the bosom of the Most Blessed Trinity.

There are Eight Monasteries currently members of the Our Lady of the Southern Cross Association:

There have been seven Triennial Assemblies, at which the elections
held, have resulted in a sharing of responsibilities between the Member
Monasteries. The current leadership team will hold office until 2017,
when new elections will be held. This team is as follows:

The Purposes of the Association are as follows: